In Which We Discuss Names

Fuck it, Gentle Reader. I’m going to attempt to post, despite the fact that the only Internet-available is from my phone, Caractacus, who may either shut down without saving, or, in fact, explode*. It’s been too long, and posts have been sparse on the ground of late. I apologize. Further, I’m sure you’ll forgive the spelling; I can’t spellcheck on Caractacus.

This morning, I awoke at Dawn. I praised various deities associated with the break of day, for once in a somewhat sublime mood. I snatched up my notebook, and did my morning writing exercise, although I usually leave it for later in the morning. This morning, I wrote about place-names.

At a young age, I was already obsessed with England. It wasn’t until I was slightly older that I learned that I’m of primarily English descent, and my family, in fact, came from a house with a name. My Great-Great-Grandmother left the ancestral pile, Lilac House, for Australia, where she established a brothel, that she named Lilac House, for reasons unknown.

As a child, almost as soon as we moved in to the house I grew up in, I named it Arvingdale.  After a few years, I stopped calling it that in front of company – I was already a pompous, unpopular child – emotionally unstable, prone to break-downs at school, raving that everyone I knew wanted to kill me – and I tried to minimize my native strangeness. Too little, too late. 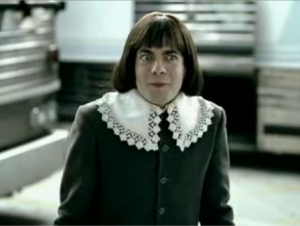 My father’s parent’s house was, simply, called Lakeside, or sometimes, The Compound – my great-grandparents and great-uncle’s family lived on the same stretch of land as my grandparents, until people died, and plots were sold off. My mother’s parent’s house was Horsehead Acres, after the bay that it was on. Neither were very imaginative, but I was very young – four, or five.

The first house I rented, many moons ago, Ex-Husband and I called Madrona Quarters. When our friend, The Colonel, rented the same house later, it became Phoenix Down Hall.

The most recent place I lived was called Teaberry Retreat. Miss P insists that the name refers to the people, the household, and the outlook thereof, but I disagree. It referred to the place, also called the Farm. The name is tainted now. I don’t want the new home associated with that name; it would dishonor it. The new home isn’t named, yet, and we’re still unpacking. We don’t truly know its character, and can’t predict it. Still, I know a name will organically arise. 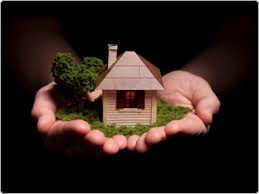 *This is true. Caractacus’s battery is swollen, like the distended belly of a starving child. The chemicals inside are doing all kinds of things, and by having the phone on at all, I am agravating the problem. What am I supposed to do, though – stay offline in the meantime? Pfaah.

Madame DeLyte has suffered a grave disappointment - YET AGAIN - and still believes that freedom, beauty, and truth are what's valuable, rather than vulgar cash. He'd add love to that list - but, well, what can he say about love?
View all posts by Ty DeLyte →
This entry was posted in Adventures, Musings and tagged Dwelling-Places, Home, Morning Musings, Names, New Houses. Bookmark the permalink.

4 Responses to In Which We Discuss Names