The Guardian Lesbians of Buckley

When first we moved to Teaberry Retreat, Gentle Reader, we were giving up the convenience of proximity to the city. We were packing it in, to raise wormwood and tea, and enjoy a more relaxed pace of life. Buckley is a quaint little town, that boasts very little in the way of diversity. They actually have an actual Main Street. In short, Buckley is bucolic.

This is downtown. And uptown. The whole town, really.

Having grown up in a rural backwater, I was no stranger to this sort of arrangement. Typically, while I refuse to hide or apologize for who I am, I will attempt to butch myself up a little, lest I wind up like Matthew Shepard. I’m not that great at it, though, so it was with some trepidation that I decided to walk to town, to investigate the local community, to see if I might be able to make some new friends.

After an hour’s walk along the busy highway, with only intermittent sidewalks, I was beginning to question my decision. I had thought the trip would be like one of the Bennet sisters walking into Netherfield, rather than the sweaty, dusty, noisy trek it was, with cars whizzing inches away from me. However, I had nearly reached town, and I like to think that I’m plucky and determined. Excelsior!

Strangely, despite the business of the highway heading into town, the town itself seemed deserted. Shops and library were closed; the bars were dark; there were no children in yards, no open curtains. There wasn’t a soul in sight, and I was sore disappointed, and alarmed. That’s when I saw them: two women in late-middle-age, waving me towards their shop – a liquor store*.

Once inside, I noticed a sun-faded poster advertising Tacoma’s Pride Block Party. I mentioned that I’d gone, and was surprised to see any local support for that sort of thing. They laughed – they’d noticed the little lost gay boy, wandering the street.  Apparently their shop was the de facto “gay meeting place” for the area†. They warned me against acting too flamboyant, and I told them that I’d tuned it down – they laughed again, and told me to be careful.

Apparently, the couple were a couple of matchmakers. They immediately began assessing whether I’d be more suitable for Tom, Dick, or Harry. They never reached a conclusion, because I interrupted with an inquiry about the current lack of people in town. Another peal of laughter, and a quip about a tractor festival in the next town over reassured me that I wasn’t in a Children of the Corn situation. 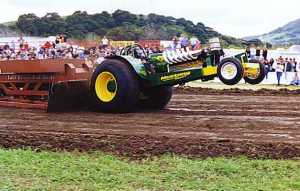 I don’t even know.

The ladies gave me a pint of Malibu rum, gratis, and sent me on my way, demanding that I return so that I could “meet the fellas.” I agreed, already knowing that I would have come back anyway: I was thrilled to have them watching over both me and the queer community hidden in the small, silent town.

*Of course it was a liquor store. I swear, one day I’ll tell a story that involves alcohol in no way at all. It just keeps turning up, somehow.

†A friend also informs me that the men’s room in the local Wal*Mart is another place to meet local guys. Classy.

Madame DeLyte has suffered a grave disappointment - YET AGAIN - and still believes that freedom, beauty, and truth are what's valuable, rather than vulgar cash. He'd add love to that list - but, well, what can he say about love?
View all posts by Ty DeLyte →
This entry was posted in Adventures and tagged Guardian Angels, LGBT, QUILTBAG, Rural Gay, Small Town USA, the farm. Bookmark the permalink.

8 Responses to The Guardian Lesbians of Buckley