How To Cultivate An Elegant Turn Of Phrase

Who doesn’t aspire to the dizzy heights of the well-spoken, Gentle Reader?

Nonetheless, an elegant turn of phrase is a delight to the ear, and much in demand in all of the best circles. How on Earth can one achieve a smoother style of speech? I have just a few handy hints for you that ought to result in a more polished patter.

While this seems self-evident, it’s also often over-looked. The cornerstone of elegant conversation lies in using words both beautiful and surprising – you want to delight, to inform, engage, and entertain – you want to captivate the attention of your reader or listener through language. Therefore, spice it up. We’re not just talking venerable five-dollar words, either – though lost words like advesperate please the ear, very few people actually know what they mean. Instead, words that are well-known and underused, such as diversion, work best.

Elegance, typically, is strongly styled on the most strictly conservative mores and morals in recent memory, coupled with a streak of independence and an original voice. The idea is to let your individual ideas and style shine more brightly against an understated backdrop – a sort of splash of color that catches the eye. Think of a carnation in the lapel of a well-tailored suit – the carnation’s what you remember. If the suit were wrinkly, baggy, torn, ill-fitting, or garish, the carnation would be lost. Remember, we must learn the rules, so that we may know in which way to most successfully break them.

Suggested Speech: I beg your pardon; ever so much; I’m so terribly sorry; How do you do?

Anaphora, Assonance, and Alliteration, specifically. They are your friends, and you will come to appreciate them.

Anaphora is the repetition of a word or phrase to add more force or meaning to the whole. For example: 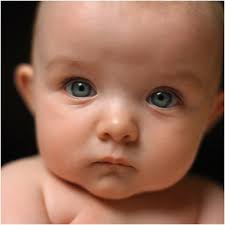 If you’re confident, you can cultivate a little je ne sais quoi in your speech by dropping in foreign phrases. To be sure, you must be certain of what they mean and how to use them, and one must never be pretentious about it, but it does create a little sparkle, a little sizzle.

Personally, I think French is the most elegant, but that’s likely because I’m familiar with it.

5. A Well-Stocked Cache of Phrases

Whenever you run across a beautiful phrase – in a book, in a poem, in the park, in your head – write it down. Think it to yourself, often – often enough for it to trace itself deeply on your shining synapses. Eventually, they will rise naturally to your tongue in conversation.

Suggested Speech: Litany of Resentment; gorgeous chaos; all centuries but this and every country but his own; electrical splendor

And there you have it, Gentle Reader. Go forth and indulge in fascinating conversations! I’m certain you’ll captivate your next cocktail party.

Madame DeLyte has suffered a grave disappointment - YET AGAIN - and still believes that freedom, beauty, and truth are what's valuable, rather than vulgar cash. He'd add love to that list - but, well, what can he say about love?
View all posts by Ty DeLyte →
This entry was posted in Musings and tagged An Elegant Turn of Phrase, Cocktail Party Chatter, How to Speak, The Art of Conversation, Tips and Etiquette. Bookmark the permalink.